Despite the chilly winds, thousands of spectators lined up for the 19th Annual Bronx St. Patrick’s Day Parade.

The celebration was hosted by The Throggs Neck St. Patrick’s Day Committee, chaired by James McQuade, and the Throggs Neck Benevolent Association. As in the past the parade was diverse, fun, and demonstrated that all Bronxites were welcomed to celebrate in Irish heritage.

Following the tradition of previous years, the Grand Marshals, Derek Woods, were prominent community members within the Bronx. Woods is a well established videographer who has documented the diversity of the Bronx borough with his lens focused on the Irish culture and heritage. Along the side of Woods were three Dominican Sisters of Sparkill who were honored as well.

Sister Peggy Gannon, O.P. and Sister Joan Marie O’Leary, O.P. serve Saint Frances de Chantal Paris while Sister Betty McLaughlin, O.P. serves out of Saint Benedict’s Parish. Proud Irish sisters, all of them have spent decades ministering to the people of the Bronx in various capacities in schools, parishes and hospitals. Currently, they volunteer at the Jeanne Jugan Residence dedicating time to those in Cancer Support Groups and Bereavement Support Groups. 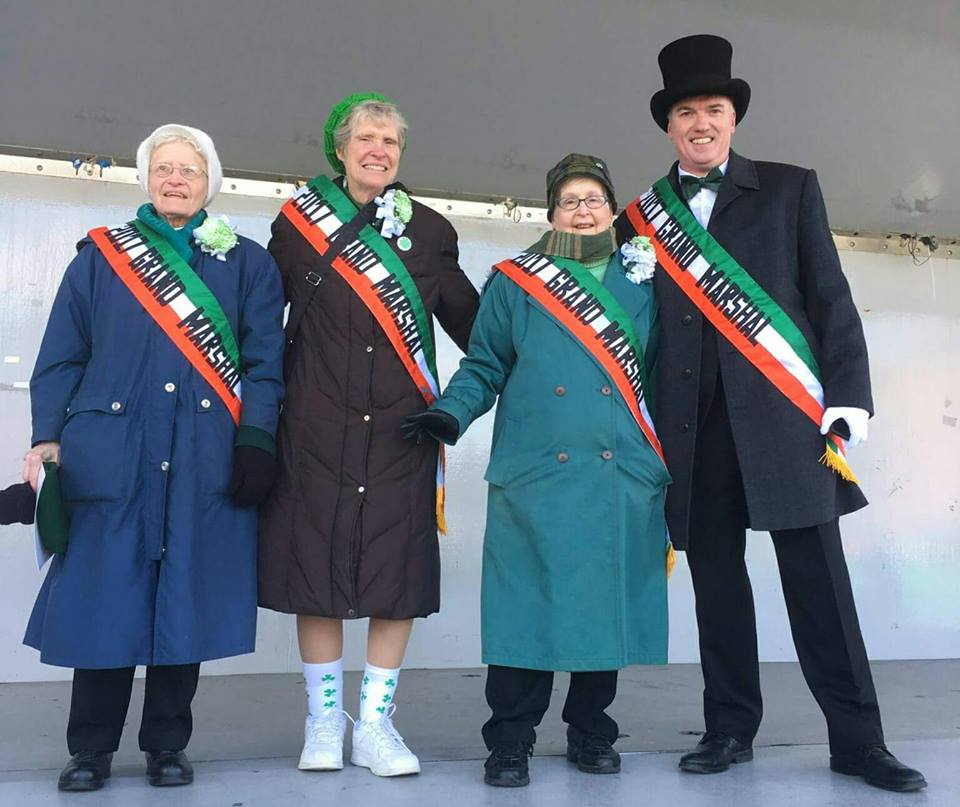 Many Honorary Grand Marshal’s were remembered this year by family members and parade goers.