#MeToo And Weinstein: A Veterans Thoughts

In light of Harvey Weinstein’s year-long legal battle stemming from accusations of sexual assault, Lisa Spencer wanted to chime in with her personal opinions and experience on the matter.

The media has been focused on former film mogul Harvey Weinstein. Not too long ago other celebrities like Bill Cosby, Michael Jackson, and R. Kelly held the limelight. Spencer believes many fail to mention that Cardi B has also been accused of committing sexual assaults. Spencer believes that despite all of her accolades and acclaim, Cardi B needs to be held to the same standard as her male counterparts. “We, as a society, currently show too much favoritism by picking and choosing who we hold accountable.” She has seen the movie industry start to clean house, and next she wants the music industry and society to follow suit across the board, especially in the military.

Based on anonymous surveys taken by active-duty service members in fiscal year 2018, Military Sexual Trauma (MST) has been on the rise with a majority of incidents not being reported. This is a surprising fact given the recent rise of the #MeToo movement and the amount of pressure top military officials have received to make changes. Spencer feels that MST in this day and age needs to stop because “enough is enough.” She also feels that a common misconception is that MST is only committed against female service members. Spencer would like to point out that the abuse happens to males as well. Although she feels those women are more inclined to speak out than their male colleagues, both have a hesitation to come forward for fear of not being believed. This is a subject she knows all too well.

After being in the Navy for a few months, Spencer was sexually assaulted by a fellow service member. Not knowing what to do after the incident, she credits her division petty officer with ordering her to speak to the local Judge Advocate General’s Office. Her accuser’s trial was set within a few months, for which he faced multiple charges. Unfortunately, there was insufficient evidence to charge him with rape, but was found guilty of his other charges, which included underage drinking. Although Spencer had to continue working within the same vicinity as her accuser, she took some comfort knowing his accusation was part of his official record. This meant that his accusation would pop up should another incident occur. She has no idea what eventually happened to him, but she said, “personally he can burn in hell.”

Like many victims of trauma, self medication plagued Spencer. She went through a period of self harm by using drugs and alcohol to cope with her pain. It took many years of struggle and assistance to overcome her ordeal. Lisa accredits her recovery to the aid of the Veterans Affairs and their services provided to MST victims. Looking towards the future, Lisa has moved into a new home with the help of Veterans First, is planning to continue her education and spends her free time painting. She wants to spread a positive outlook by telling other victims “…that there’s help out there, but you will have to reach out for it. Do your best to turn your life around and don’t let your past be your present.” 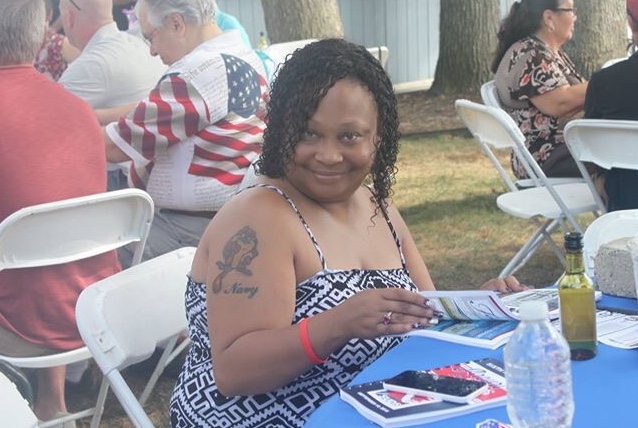 News, Vet of the Week
Lisa Spencer, Me Too, Military Sexual Trauma, Times Up, Veterans
← Association of the United States Army Networking Event
→ My Memorial Day Weekend With Tragedy Assistance Program For Survivors (TAPS)
Loading Comments...
%d bloggers like this: