It was a regular Tuesday morning. Manuel Aulov was working on some files, when all of sudden the floor and walls started trembling. Naturally he thought it was an earthquake. He asked his supervisor if that was common in these parts. His supervisor awkwardly assured him it was not. Within a few minutes the alarms and sprinklers began to go off, and building security began to evacuate all personnel. As the evacuation began, the corridors started to collapse. Aulov states he did not even know they could do that. Security escorted everyone through tunnels into the courtyard. That is when he turned his head and saw a “god damn plane” had hit the building, and there was a huge fire. The date was September 11, 2001. The place was the Pentagon.

For the most part, Aulov’s tenure in the service was just like any other Marine. He had a basic function but was attached to different units from time to time. There were peace-keeping missions with the North Atlantic Treaty Organization to Greece, and there were service details for both President Bill Clinton and his successor President Gorge W. Bush. Then 9/11 happened. After everyone was escorted out of the facility and Aulov was relieved, he did the one thing that came to his mind. He got in his car and drove straight to New York to pick up his pregnant wife. He returned the next day without any hiccups along the way. While fires were still being put out, Aulov was tasked with helping the search and rescue. One can only imagine the gruesome experience it was.

To get through those days, Aulov compartmentalized what he saw. He focused on his duty. At that moment he knew his family was safe and sound. Mission accomplishment was now paramount. During moments of rest and clarity, the impact of what had happened to this country astonished him. He was overcome by the lives lost, not only in Washington but also in New York. The world was grieving, but he continued his mission. Aulov thought about all the families that were not coming home to their loved ones, and felt remorseful since he still had his family. A few months later Aulov made an easy decision. He decided that it was time to exit the military and focus on his family.

The process of getting out of the military is not what he expected or hoped for. In his opinion, the military offers you a transitional process but it is not realistic in allowing someone to find work, housing and treatment. Luckily, the state provided six months of unemployment. This allowed him to finish his transition with less of a hardship. Aulov would like to see a more intense transitional process for military personnel. He says that, “…during that transitional process, we should be allowed to leave work to conduct job interviews. Sure we have the ability, but it is not guaranteed. It needs to be a precedent and not a privilege few may receive.” He also wants to urge others not to depend on what may be offered to you while you are transitioning out. Many people will say they want to help you, but it may not come to fruition. Cultivate many options and seek out as many opportunities as you can.

In his opinion, many service members will come back home to face unemployment, homelessness and suicide. “For the most part it is just a ripple effect that falls to the wayside. Pride while you are serving diminishes when you get out of the service. This is largely in part due to the stigma that is associated with Post Traumatic Stress Disorder and for benefits like healthcare and education. We are meant to feel lower for taking and asking for these benefits but we have earned them. Sometimes they are still not enough.”

Aulov believes members of the armed forces face many hardships caused by traumatic events such as serving in a war zone. How it affects us depends on many factors. One thing he is sure about is that no matter how subtle the effects are, it “will affect you for life.” He never really thought about mental health or its effects on him because he had a family to focus on and take care of.

Aulov is currently situated with his family and employment. Recently, he has had a lot of time to think about his past. He wonders if maybe the experiences during his service have affected him over the years. He has had multiple marriages, changes in employment, and other life problems. In the last few months, he has discussed these questions with a counselor at his local Veteran Affairs. He hopes others will read this and seek help if they believe they need it. 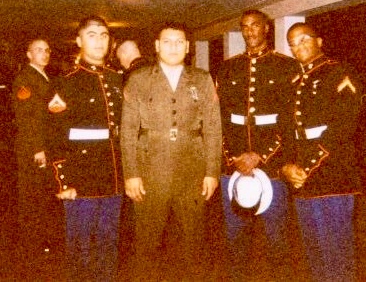