The slang meaning of the word “ratchet” began as an insult, predominately directed toward African-American woman. It derives from the urban community, and with the help of music artists using it in hip-hop, it was brought to prominence. Its evolution in recent years, though, has given it both a positive and negative interpretation, but it is no longer bound to any particular ethnicity or gender. While a majority tend to shy away from the word, many individuals have chosen to embrace it but at the same time reclaim its meaning. Shadequa Hampton is one of those who have chosen to re-appropriate the word and build upon it for the betterment of her community, culture, and identity. Her approach is by using her self-proclaimed ideology called Ratchet Scholastic Philosophy (RSP).

Hampton’s school of thought comes from a high school lesson on Sigmund Freud. His theories at the time were crazy and new but as time passed and the people began to acknowledge his work, it gave birth to psychoanalysis. She thought, “If this crazy white man can do it, why can’t I?” Her definition of RSP is be yourself, your raw authentic self, but use your environment and education to better the world. She further explains that we all have an inner light, and we should strive to use it to brighten the darkest places that we can. Thus, she gave life to a movement. This is a movement to give back to your environment, whether it be the hood or not, and make positive changes in the world. Hampton’s RSP process became more defined after joining the United States Marine Corps. She already had the adapt and overcome attitude through her upbringing in the projects and saw the Marine Corps as a complex but productive organization.

Shortly after enlisting, Hampton realized that same background would be somewhat complicated in the new ridged but structured military atmosphere. The biggest surprise was that she was now outnumbered in her ethic group. Statics by Military One Source show that in 2012, minorities only made up 30% of the United States Armed Forces. In the years that followed she was faced with many incidents that dealt with racial tensions but was fortunate to have superiors “that had her back”. These events further built on her framework of RSP, “problematic people can bring positive solutions”. It also adapted well with Marine Corps philosophy to do whatever it takes to get the mission done. As a Marine, she adapted those life lessons to accomplish her mission and has since incorporated it into a lifestyle. Now that she is an educated Marine Veteran, her mission is to use RSP to start a movement.

To start a movement, besides having a cause, you need a brand. Her brand and extension of herself is the Ghetto Glow Network Enterprise, which is for the most part a social enterprise. It is a way to “collaborate and celebrate the good in the hood”. It is broken down into two basic functions. The first is peer group programs which are done online via Facebook and in person at social gatherings. The second is policies, data gathered from the programs to make proposals. The easiest accessible groups are via Facebook, the main group is Ratchet Chat and is then broken down to sub groups. The categories vary from military, hip hop, romance, and more. With over a dozen and always expanding genres, there is bound to be one that fits anyone’s interest.

I asked Hampton to give me examples of individuals who are ratchet in both the low and high spectrum. To my surprise she mentioned President Donald Trump on the low side and Kanye West on the high side. She explained to me that both of them have power, resources and the attention of the people but the way they choose to use it makes the difference. They both go about solving problems in their own way. In her opinion, what puts one person in the low and the other in the high, is how that person chooses to help the people. The way they go about it impacts many people in different ways. Nonetheless, they are both ratchet.

Hampton acknowledges that everyone has their own opinions, and she respects that. What irks her is the fact that as individuals, we complain that there are not enough outlets to help us combat our issues. She is providing a safe place to gather resources, share ideas and collaborate and all you have to do is act upon it. We all have the ability to be a Maya Angelou, all it takes is your effort. Start by being an ambassador of your environment and shine a little light into the world. 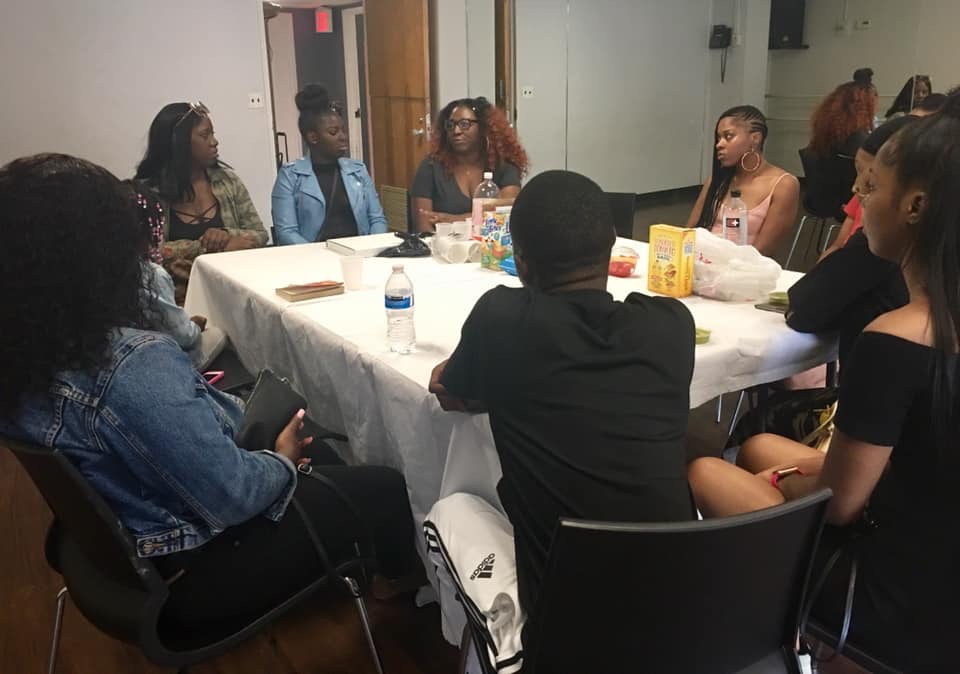